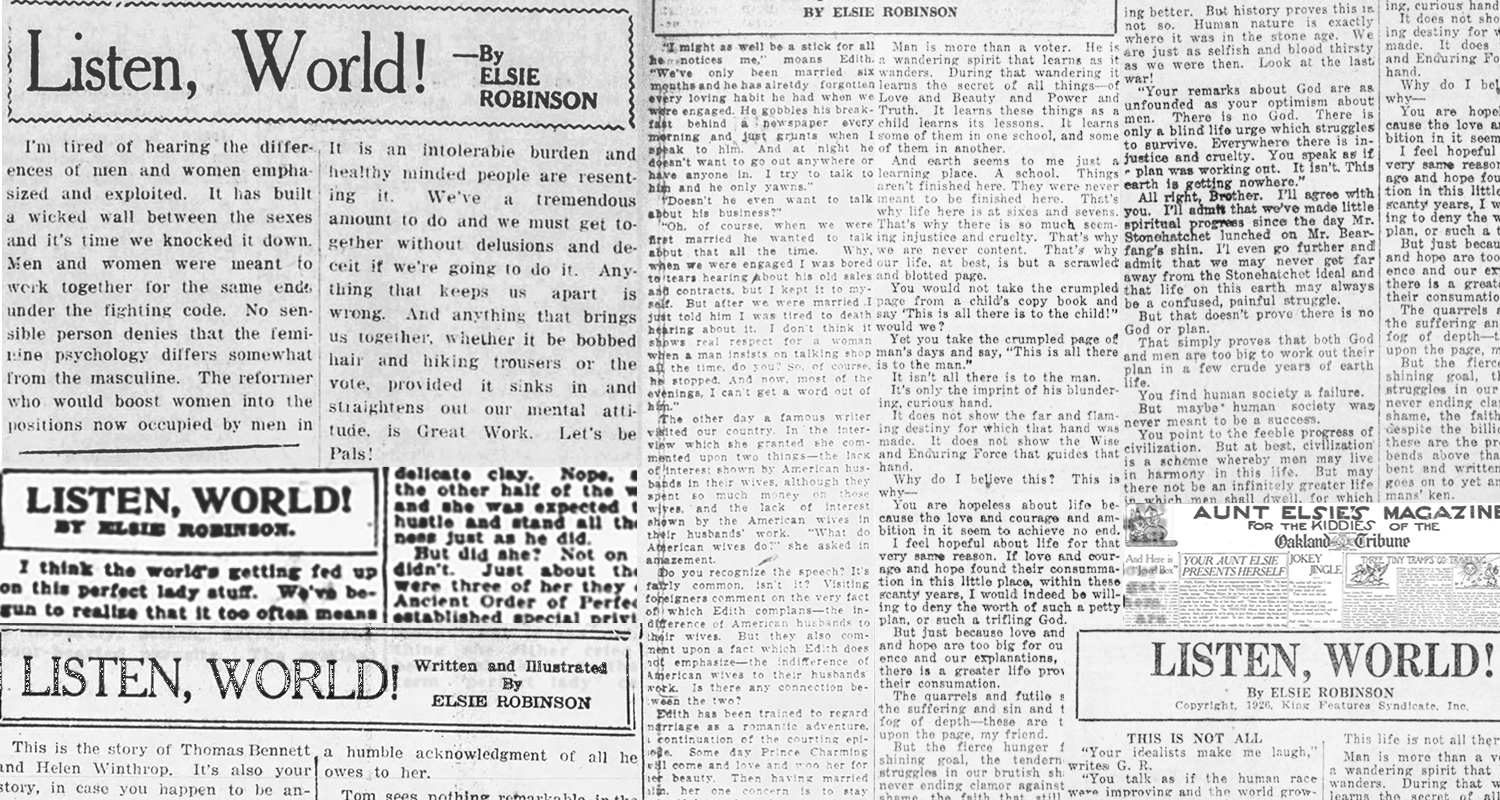 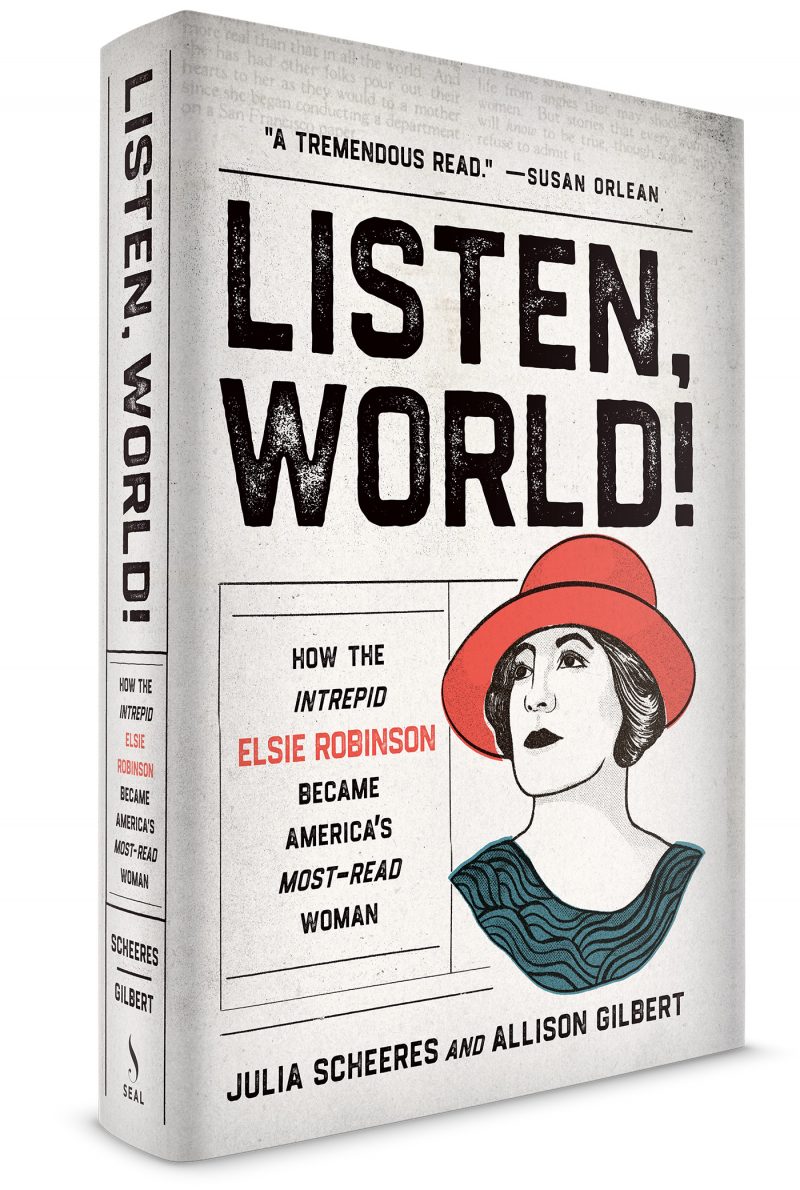 At thirty-five, Elsie Robinson feared she’d lost it all. Reeling from a scandalous divorce in 1917, she had no means to support herself and her chronically ill son. She dreamed of becoming a writer and was willing to sacrifice everything for this goal, even swinging a pickax in a gold mine to pay the bills.

When the mine shut down, she moved to the Bay Area. Armed with moxie and samples of her work, she barged into the offices of the Oakland Tribune and was hired on the spot. She went on to become the most widely read female columnist of her day and reached double the number of current subscribers to the New York Times. She was also one of the first and only columnists in the country to draw her own blistering editorial cartoons to accompany her writing.

Told in cinematic detail, Listen, World! is the inspiring story of a timeless maverick, capturing what it means to take a gamble on self-fulfillment and find freedom along the way.

LEARN MORE
“An engaging tale… One does not tire of spending time with Elsie Robinson, nor stop wondering how many other women, with equally compelling tales, have also been lost to history.”
— New York Times
“As pioneering women journalists finally begin to get the recognition they deserve, the name Elsie Robinson is rarely part of the conversation. Scheeres and Gilbert aim to change that with Listen, World!, the first biography of this forgotten California dynamo.”
— Washington Post
“Lively...Ms. Scheeres and Ms. Gilbert have made an important contribution to women’s history.”
— Wall Street Journal
“Listen, World! is the rarest of things — a lively piece of unknown history, a marvelous story of a woman's triumph, and a tremendous read.”
— Susan Orlean, staff writer for The New Yorker and author of The Orchid Thief, On Animals, and The Library Book
“Like Elsie herself, Listen, World! is broadminded, sharp-witted, fast-paced, and funny. I loved every word of it.”
— Debby Applegate, Pulitzer Prize-winning historian and author of Madam: The Biography of Polly Adler, Icon of the Jazz Age
“A riveting story about a woman who had nerve.”
— Jill Abramson, former executive editor of the New York Times and author of Merchants of Truth: The Business of News and the Fight for Facts
EVENTS ABOUT BOOKS
©2023 Allison Gilbert. All rights reserved.  |  Privacy  |  Site by Example7
Top