Teaching Their Daughter About the Grandparents She Never Met 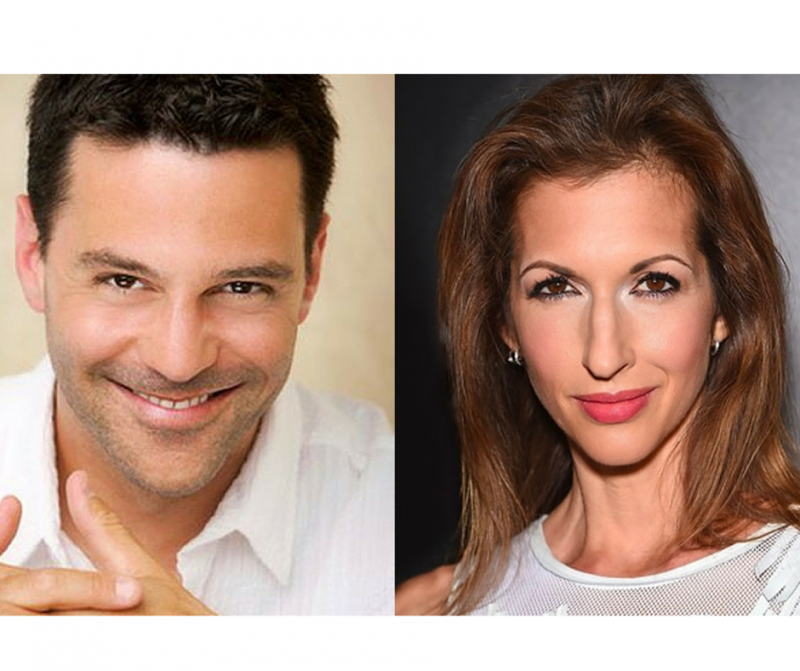 David Alan Basche and Alysia Reiner are a Hollywood power couple. You know Basche from the TV Land comedy, The Exes, and he’s starred in shows like The Starter Wife and Lipstick Jungle, and appeared in such films as United 93 and War of The Worlds. What you likely don’t know is that he lost his father when he was six and makes the conscious decision nearly every day to bring him up in conversation. Basche wants to make sure his daughter knows the grandfather she never met. More on his amazing wife Reiner in a bit.

For Basche, the key to keeping his father’s memory alive is a tiny hourglass he’s saved all these years, a cherished object from his childhood. Here’s how he explained the loss of his father and this sentimental object to me:

As for Reiner, the actress who plays “Fig” on Orange Is the New Black and the district attorney on How to Get Away with Murder, she lost her father more recently, in 2002. A few years after he died, as a way to honor his memory, she created Speed Grieving, a short film about loss. Now, with Reiner’s latest movie Equity getting into Sundance and being sold to Sony Pictures Classics, the opportunity to celebrate her dad’s memory has taken on greater significance.

She told me, “As much as Speed Grieving was in honor my dad, making Equity was in some ways more so. There was much more work involved, and all the skills he taught me — team building, leading, empowering others — all came into play. Making the film made me feel incredibly close to him. It’s a wonderful feeling that I talk about with my daughter. My father, like David’s dad, is a part of our daughter’s life because he’s still such an essential part of mine.”

Like Basche and Reiner, it’s important to me that my children feel connected to my parents. I tell stories about them and cook many of the foods they enjoyed. Have you found ways to share memories of your loved ones? Please share in the comments.