Henry Louis Gates, Jr. on Losing His Mother, the Heirloom He Adores Most, and How Staying Connected to Loved Ones and Ancestors Makes Us Stronger 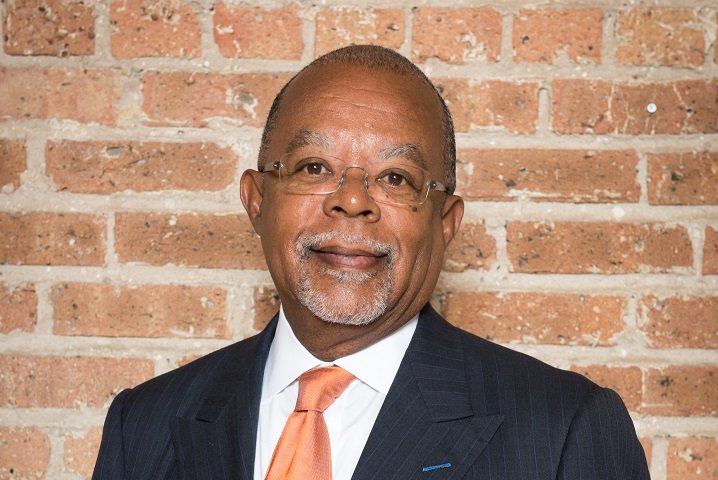 Henry Louis Gates, Jr. is an American treasure.  The first time we met was when I interviewed him for “The Reflection Effect,” an essay I wrote for O, the Oprah Magazine about the power of nostalgia to drive happiness and build resilience after loss.  As host of the PBS show “Finding Your Roots” and director of the Hutchins Center for African and African American Research at Harvard University, Professor Gates steadfastly believes embracing the past has the life-altering capacity to bring enormous joy.

Gates is currently gearing up for Season 4 of “Finding Your Roots” which airs Fall 2017, and he just completed “Africa’s Great Civilizations,” a six-hour PBS series exploring 200,000 years of African history.

Our Q & A marks the first time Gates shares such intimate details about the loss of his mother and why one family heirloom means more to him than any other.  I am deeply humbled Professor Gates took the time to share his reflections on my grief and resilience blog. 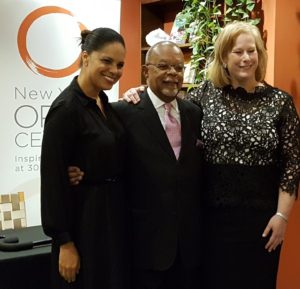 (Note: Professor Gates and I spoke by phone for this interview. A few days later, he honored me again by participating in Keeping Alive the Memories of Lost Loved Ones for Healing and Resilience,” a panel discussion at the New York Open Center.  Our co-panelist, former CNN anchor and founder of Starfish Media Group, Soledad O’Brien, joined me for a Q & A earlier. You can read O’Brien’s Q & A here.)

Allison: What one memento reminds you most of your loved one?
Henry Louis Gates, Jr.: I am standing in the kitchen of my house in Harvard Square and looking at the Gates family’s most precious heirloom – an original photograph of the oldest ancestor in our family tree, Jane Gates. She was my great, great, grandmother. 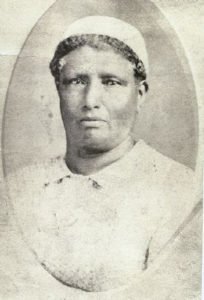 Jane Gates was born in 1819 and died on January 6, 1888 in Cumberland, Maryland. I first saw this photo on the day my grandfather was buried. My father took my brother and me upstairs in his parents’ house and, after searching through seven or eight old bank ledgers which he had transformed into scrapbooks, he found Jane Gates’ obituary, tucked safely between the pages. He told us the clipping is of the oldest Gates on record. She was a slave. Then she became a midwife. My father never wanted us to forget her name or what she looked like. Years later, to my enormous surprise, my father’s aunt, my great aunt, who’d graduated as a nurse in the early part of the 20th century, gave me a photo as gift, the one I now have of Jane Gates in my kitchen. I had it restored and framed. It’s my most valuable family heirloom, my most priceless possession.

Allison: What is the most satisfying way you’ve developed for keeping your loved one’s memory alive?
Henry Louis Gates, Jr.: I find researching my family tree, with the help of experts, enormously satisfying.

Just around the corner from Jane Gates’ portrait, I see my largest family tree. Seeing the names of all my identified ancestors, going back to three sets of my four great grandparents (two sets on my mothers side, one set on my father’s) is very reassuring to me, grounding me on the firmest of foundations, which is one’s ancestral heritage. I know who I am because I know from whom I’m descended. I can trace my history back to six African American individuals born in the 18th century, one of whom served in the Continental Army. It’s because of him that my brother and I are members of the Sons of the American Revolution and my daughters are members of the Daughters of the American Revolution. I’m extremely fortunate and blessed to have access to this knowledge. My family tree keeps their sacrifices and their attainments alive for me every day.

Allison: Being proactive about remembering loved ones boosts happiness and resilience. Have you found this to be the case?
Henry Louis Gates, Jr.: Yes, I certainly have. I first visited the family history library in Salt Lake City long before I got the idea that would become Finding Your Roots. I went there because I had a free Saturday morning before catching a flight home. And I was curious. I got there about 30 minutes after it opened and was surprised to see it was packed. And packed with people of all colors, ethnicities, nationalities, and religions.

The second thing that surprised me was a sudden emotional outburst. When I turned to see what it was, I thought I’d been transported to a Black Evangelical church because a woman was standing with her arms extended toward the ceiling with tears streaming down her face. She hollered “I’ve found, her, I’ve found her, I’ve found my great grandmother!” Then, virtually everyone in this microfilm reading room rushed to her and embraced her. There was so much joy in that room. It was deeply moving to me. I remember thinking there is something powerful in this genealogy business. And I feel that same joy when I see that picture of Jane Gates. And I feel it as I gradually learn the names and circumstances of many more of my ancestors, too.

Allison: Loss is a great teacher. In what way have you derived greater joy and meaning from life following loss?
Henry Louis Gates, Jr.: I think the death of my mother affected me most profoundly because it introduced me to an awareness of death’s finality. It made me regret not having done this or that, or not having said this or that to her. Simple things like, “I love you.” So this has given me a greater a sense of urgency than I had before. James Baldwin loved to paraphrase a line from the Bible. He’d urge, “Work! For the night cometh.”