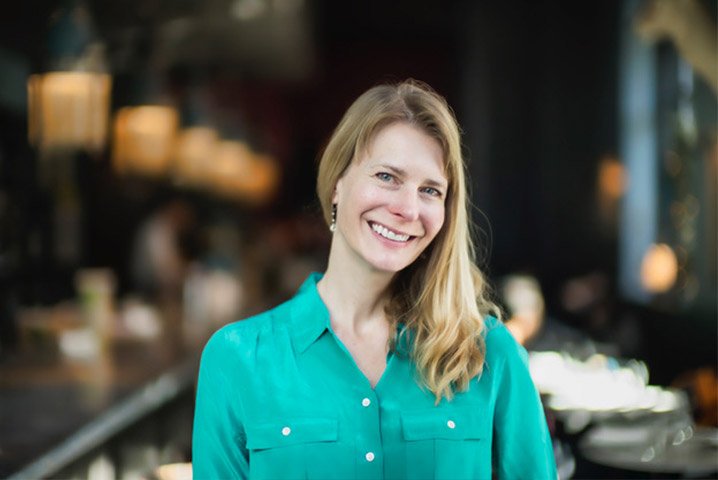 November 18 marks the anniversary of the Jonestown Massacre.  In 1978, Jim Jones orchestrated the deaths of more than 900 people, all Americans.  The individuals who built Jonestown, the Peoples Temple settlement in Guyana, went to South America in search of a better life. But over time they were held against their will as Jones urged them to commit “revolutionary suicide.” He denied them access to the outside world and eventually, food, sleep, and any dream of escape.

The tragedy was first considered a mass suicide.  But author Julia Scheeres, in her gripping book, A Thousand Lives, reports that the children living in Jonestown were given no choice and that many adults felt pressured to take their own lives and didn’t do so voluntarily.

Julia came to this book from a rather unique vantage point. When she and her adopted brother, David, were teenagers, they were sent to a Christian boarding school. In Jesus Land, her memoir about the experience, Julia recounts the abuse they suffered in the name of religion.

A few years after Julia and her brother were released from the school, David was killed in a car accident. Her journey finding resilience after this unimaginable loss is illuminating and inspiring. I’m so honored Julia joined me for this Q &A on my grief and resilience blog.

Allison: What one memento reminds you most of your brother?
Julia: David’s first stuffed animal, a Snoopy. David didn’t leave much behind – he was only 20 when he died. I remember playing “animal hospital” with our stuffies when we were in grade school, so seeing Snoopy still “sparks joy” in me.

Allison: Where do you keep David’s Snoopy?
Julia: My younger daughter sleeps with it every night. She eschews dozens of other stuffies to snuggle with this old, hard, beat-up Snoopy. It’s falling apart at the seams and I’ve tried to patch it with new fur, but it’s starting to look a little Frankenstein-esque. I really need to find a place that refurbishes stuffed animals – if I can convince her to let go of it for a few days. But I’d rather Snoopy be loved than packed away in our dark attic – that thought just makes me sad.

Allison: The loss of a loved one can sometimes feel isolating. Have you had to address this experience, and what lessons did you learn as a result?
Julia: Yes. I was 20 when David died. (He was African American and adopted at 3; I was only four months older). I was a sophomore in college. Suddenly I couldn’t relate to the concerns of my classmates – dating, parties, boys, etc. I remember barely speaking for several months afterward and developing severe heartburn and migraines. I felt like an old woman at 20, full of physical and psychic pains. I spent a lot of time alone, in the local library, avoiding people. I drank too much peach schnapps (this was the 80s!) and listened to a lot of The Smiths and Joy Division in dark rooms.

I wish I’d seen a therapist soon after he died. But therapy wasn’t really an accepted mode of dealing with emotions in the conservative Christian household I grew up in. You were either supposed to “suck it up” or pray to God for relief. Neither worked.

Immortalizing David in a book – my memoir, Jesus Land – was the most helpful way to deal with my grief. Bringing him to life on the page – with all his dreams, hardships and hopes – was deeply satisfying.

Allison: What is the most satisfying way you’ve developed for keeping David’s memory alive?
Julia: I named my second child after him. David’s birthday was June 2, 1967. Davia Joy’s birthday is June 3, 2009. We talk about David a lot. She wishes she could have met him, of course. She’s proud of her name because she knows how close I was to him. I love saying her name because it’s as if I were saying his name. They share a nickname even: “Dave.”

Allison: Loss is a great teacher. In what way have you derived greater joy and meaning from life following David’s death?
Julia: I’ve realized that time is our precious asset in life. Forget money or fame. When we die, what matters most is our connection to the people we love. My husband and I are lucky to have jobs where we’re able to spend a lot of time with our kids. (He’s an academic, I’m a freelance writer). I want our children to have a deep well of happy memories to draw from as they get older. I think that’s an important foundation for a stable life – that sense of unconditional love and security that your parents give you as a child. I didn’t have that.