Preventing Cancer – What I Did to Stay Alive

I woke up this morning without breasts. Not a surprise. This is how it’s been since I underwent a prophylactic double mastectomy six years ago on August 7, 2012 – to prevent getting breast cancer. I still think, as I imagine Angelina Jolie believes of her life-affirming surgery, it’s the best decision I ever could have made.

For more than a decade, my gynecologist warned me I was high-risk for developing cancer. My mother had died of ovarian cancer and I tested positive for BRCA1, the genetic mutation that bumps lifetime risk of breast cancer from 12% (the general population) up to 85%. Couple all of this with the knowledge my grandmother died of breast cancer, and surgery actually felt like an opportunity, not a sentence. Doctors promised the 11.5-hour procedure (the plastic surgeon created breast “mounds” out of my own belly fat so I could avoid getting implants) would free me from many more years of medical surveillance – a battery of non-stop breast exams, mammograms, and MRIs. And it did. Even better, when the anesthesia wore off, the relentless fear of being diagnosed with breast cancer was gone. I was free. 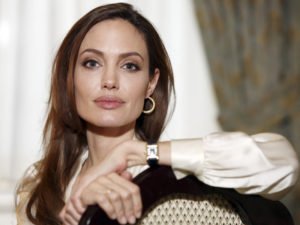 Aggressive cancer avoidance is the right choice for me, though I recognize it’s not for everyone. On November 29, 2007, I underwent a complete hysterectomy – my ovaries, fallopian tubes, cervix, and uterus all gone, just in case. In some ways, despite the relative speed of this surgery (about one hour), the operation had a bigger impact on my life: I woke up in menopause. Night sweats, hot flashes, the works. I was only 37, and my doctor was counseling me about the possibility of decreased libido and painful intercourse. I didn’t experience either, but hormone-deficient mood swings affected my self-image and relationships with my husband and children. Until I began taking a safe, doctor-approved hormone replacement, I was often short tempered, even by my usual redhead standards. Some days, I still am. But I’m alive, and hopefully on my way to meeting my grandchildren one day. My mother didn’t get that chance; she died before my children, both teenagers, were born.

I’m ecstatic that upon the 6th and 11th anniversaries of my cancer prevention surgeries I’m healthy and happy and 100% cancer-free. Most importantly, life now seems more possible to me than death. I’ve replaced fear with hope.

Now Available! My pioneering HuffPost series,“My Journey to Prevent Ovarian Cancer,” presented in its entirety for the first time.

I’ve uploaded my entire HuffPost series, “My Journey to Prevent Ovarian Cancer,” chronicling every intimate detail of that remarkable experience. I hope you’ll find it helpful if you’re contemplating a similar path.

For more information, below are links to additional writing and interviews I’ve done on BRCA, cancer prevention, and my surgeries.

One of my favorite TV interviews is with CNN’s Dr. Sanjay Gupta. The conversation was especially fun for me because I was joined by Dr. Mark Smith, the incredibly talented plastic surgeon who performed my DIEP Flap breast reconstruction. (If you’re interested, this short animated video by Johns Hopkins Medicine shows how the procedure works.) Another interview I enjoyed doing is with former MSNBC anchor Thomas Roberts. The interview took place at NBC Headquarters in New York and followed Angelina Jolie’s announcement that she also made the decision to undergo a preventative double mastectomy.
Some of the most informative, detailed conversations have been with Tara Parker-Pope, the founding editor of Well, the New York Times’ award-winning consumer health site, and former NYT and Motherlode blog editor KJ Dell’Antonia. I am fortunate to have spoken with Lisa Belkin, chief national correspondent for Yahoo News (back when she was senior columnist for HuffPost), and appear on NPR’s The Takeaway. The opportunity to share my story on CNN.com and write an Opinion piece for the New York Times are privileges that still fill me with enormous gratitude. 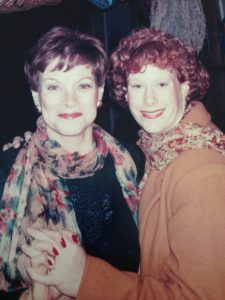 There is so much I inherited from my mother and grandmother. Their strength. Their sense of humor. And, unfortunately, the risk of breast and ovarian cancer. But here is something I’ve come to understand over the past few years: If they hadn’t died young, I am certain I never would have undergone genetic testing. Somehow, if they’d lived longer, their deaths would have seemed more normal, less scary. But, the truth is, I still would have had BRCA1, and the mutation still would have been lurking inside my body. And because of that, I vow to give life everything I’ve got – scars be damned.