Secrets Revealed in My Father’s Handwriting 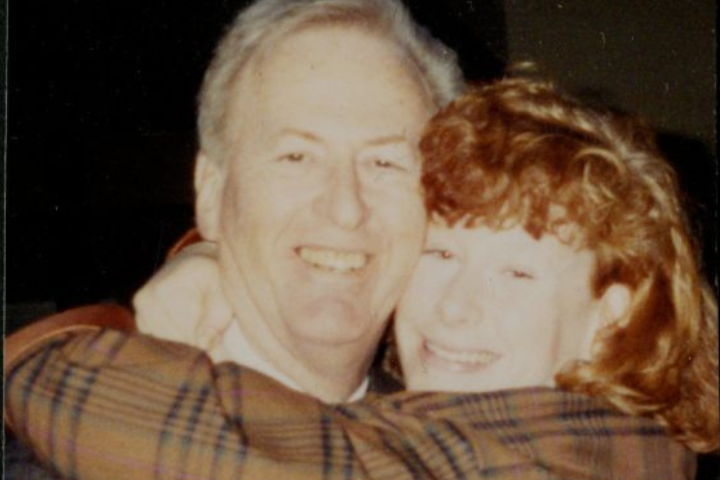 I was 31 when my father died, just beginning to know him as an adult gets to know another adult. We had a tumultuous relationship. My dad and I loved each other completely yet we got into more than our fair share of arguments. The most memorable happened in Moscow, in the middle of Red Square, when I was 17 years old. We were at the end of a peace march, during the height of the Cold War, and I wanted to go to a party. He was not going to let that happen. He roared his disapproval. I exploded. So did he. Our fight was so epic it would later become #1 in my Top 10 Memories of Dad I shared at his memorial service.

My father died of cancer when he was 63. He was always short-tempered, but I didn’t know why. I never got to know what truly made him tick because I was too young to ask the right questions, and I was his daughter, after all, not his confidant. So when an opportunity showed up a few weeks ago to get to know him a little better, nearly 20 years after his death, I was very excited and intrigued.

I had recently gotten in touch with Ruth Brayer, founder of Brayer Handwriting International, to identify the authorship of a few documents on a work-related project. Ruth is a court-qualified handwriting expert and forensic document examiner, providing sought-after opinions on forged signatures and anonymous letters. Unrelated to our initial engagement, I asked Ruth to review my father’s handwriting.

In addition to her forensic work, Ruth is also a graphologist, reviewing patterns in handwriting to determine a writer’s behavioral and emotional profile. Ruth became interested in graphology because she, too, had lost her father. In her book, Decoding Your Dad: How to Get Inside Your Father’s Head Through His Handwriting, she writes “. . . I didn’t really know exactly who he was. What did he like? Dislike? What drove him? Was he a rebel? A conservative? A little bit of both? I had no way to know… until I stumbled upon graphology, the scientific study of handwriting as a projection of personality traits.” 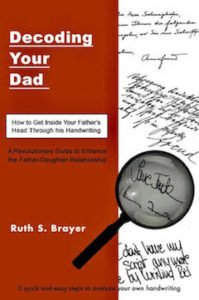 I must admit reviewing my father’s handwriting to uncover secrets of his personality seemed far-fetched to me. But, I was game. She asked for two handwritten letters. I scanned and emailed Ruth a two-page letter my father had written me in college and a short note he’d written his mother.

From these documents, Ruth conducted four hours of analysis and took six pages of notes. She says when she’s analyzing handwriting she considers as many as 100 indicators, including the shape, spacing, and relative size of letters. She even studies the pressure used when putting pen to paper.

Ruth provided numerous observations about my father that rang absolutely true: He was “decisive,” “independent,” and had a “take charge” personality. He was “creative,” “driven,” and a “fast-thinker.” My dad was a “non-conformist,” saw the “big picture,” and oh, he had “strong emotions.”

The observation that particularly struck me was that my father’s fierce independence, his unwillingness to rely on others for help, caused him great internal strife. His ego was such that he believed he was better off doing everything on his own. This must have been especially hard for him because, according to Ruth, my father’s confidence was inconsistent. My father must have wanted to ask others for support but never gave himself the opportunity.

This realization is deeply significant to me. It explains, at least in part, my father’s emotional reactions and how I may have been at the receiving end, not because he was always frustrated with me, but rather, himself. I feel a greater sense of tenderness toward my father with this new information. Ruth told me I’m not alone; She says her unbiased insights have proven transformational for many women.

I’m lucky I got to be my father’s daughter for three decades. I realize there are many individuals who never knew their fathers. If you’re interested in getting your father’s handwriting analyzed (or any other loved one), Ruth is offering her expertise FREE to the first two readers of my blog who request it. Additional readers will receive a 10% discount.

Contact Ruth at and write “Allison’s Blog” in the subject line. For more information, here’s her website.