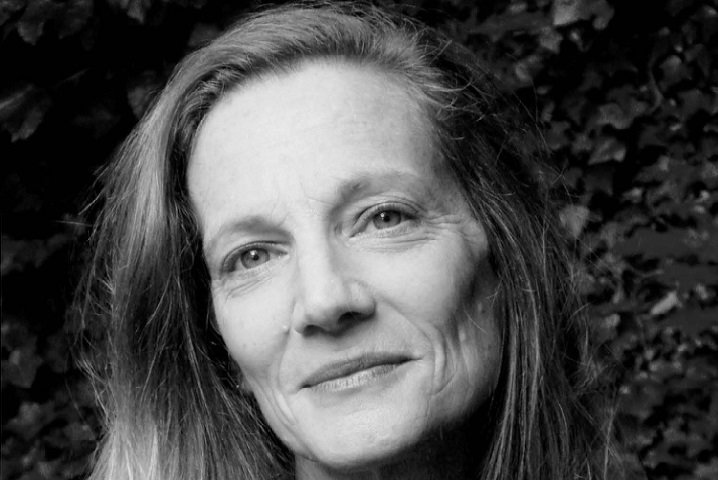 New York Times bestselling author Kathryn Harrison was raised by her maternal grandparents. The tragic relationship she endured with her parents was heartbreakingly chronicled in her memoir, The Kiss (about her father’s sexual abuse), and her collection of essays, Seeking Rapture: Scenes From a Woman’s Life (various stories, including recollections of her mother’s anger and absence).

Kathryn’s grandparents died decades ago, and in her latest book, On Sunset: A Memoir, she recalls her unusual childhood living in her grandparents’ mansion above Hollywood’s Sunset Boulevard, surrounded by mementos of their far-flung travels. Our Q&A includes private aspects of Kathryn’s life she’s never revealed before (quite a feat after writing four memoirs!), such as how gardening has taken on special meaning since her grandfather died.

Allison: What one memento reminds you most of your grandfather?
Kathryn: My teenage mother’s parents raised me as their own. When I was a young child, my grandfather used objects to prepare me for his death. He’d say of something I loved, like a piece of scrimshaw from his years spent trapping in Alaska, “This will be yours someday.”

As it is, the little Aleut in a kayak is now in my study, on top of a filing cabinet, one object among many that amounts to a shrine of mementos of family and close friends. Some of these family and friends are still among the living, others long dead. My feelings for the little Aleut in his boat were complicated—and heightened—by my grandfather having presented it to me as a premature “Memento mori”: a ready-made relic. (Read my Q&A with author Gretchen Rubin to learn about the tiny “odd” figurine she keeps that belonged to her grandparents.)

Allison: What one memento reminds you most of your grandmother?
Kathryn: My grandmother, who grew up in Shanghai, the daughter of a tai-pan, was born into great wealth and luxury; when she traveled she did so by rail or by ship, a tower of Louis Vuitton steamer trunks in tow. I have two of them, and I use them for tables in our living room.

Allison: What is the most satisfying way you’ve developed for keeping their memory alive?
Kathryn: My grandfather was a dedicated gardener in the last decades of his life, and I was often left in his care. He built a rolling playpen and pulled it after him through our trees, flowers, and the kitchen garden. I literally came to consciousness in his garden, learned to stand up alongside a gardener, and find gardening deeply calming; my breathing changes when I’m planting flowers. Every time I water a plant I feel a tug, feel my deep connection to him. And as for honoring memories of my grandmother? Cats.

Allison: What do you know now about keeping the memory of your grandmother and grandfather alive that you didn’t know when the losses occurred?
Kathryn: As I am the sole surviving member of my family of origin, I am also the one who has inherited virtually all of my grandparents’ material history. I live in the embrace of objects from a household assembled 75 years ago; rugs, furniture, dishware, paintings, letter openers, shoe trees, slotted spoons, shoehorns, fountain pens, jewelry—everything from valuable antiques to tchotchkes. The past saturates our home; for me there is a constant tension between a sense of loss and that of redemption.

Allison: Loss is a great teacher. In what way have you derived greater joy and meaning from life following loss?
Kathryn: My grandfather’s death had a profound effect on me. My mother’s parents were 71 and 62 at my birth. By the time I was ten, I knew I would lose the people I loved most, far sooner than most children. So, I grew up trying to hold tight to all I had, and his death was my first experience of deep, elemental loss. At the time, I was 23, too young to be consumed by thoughts of death. But I was shaken—both by the anguish of losing him, and perhaps even more by my abrupt awareness of my own mortality, which came as I was sitting by his body, laying my head on his chest, now silent, still, cold.

All my friends believed they’d never die; at least they lived as though they did. From one minute to the next, I was transformed into someone who knew she would die, perhaps before she was ready. The awareness came as an epiphany—a word I use sparingly—a jolt of profoundly felt truth, as though I’d just discovered a thing as elemental as gravity; and I had. The awareness was indelible, and it both overshadowed me and arrived as a jolt of energy. It sharpened my determination to make the most of everything, sharpened my ambition. I became someone who, as a friend observed, behaved as though I didn’t have a minute to waste, ever.