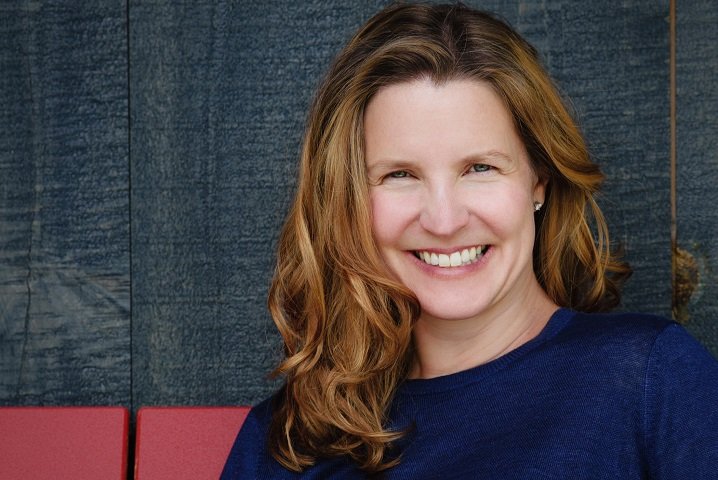 I’ve had a girl crush on author KJ Dell’Antonia for a few years now. The first time I came across her work was when she wrote and edited the New York Times Motherlode blog. After that, I read her book How to Be a Happier Parent: Raising a Family, Having a Life, and Loving (Almost) Every Minute and then began listening to #AmWriting, the insightful podcast she hosts with fellow author Jessica Lahey.

So it was a really fun night recently when KJ joined four other writers and me for a literary salon in Westchester, New York. She also generously agreed to participate in my Q&A series on grief and resilience. And I was floored by her candor. I’m thrilled to bring you our conversation below. 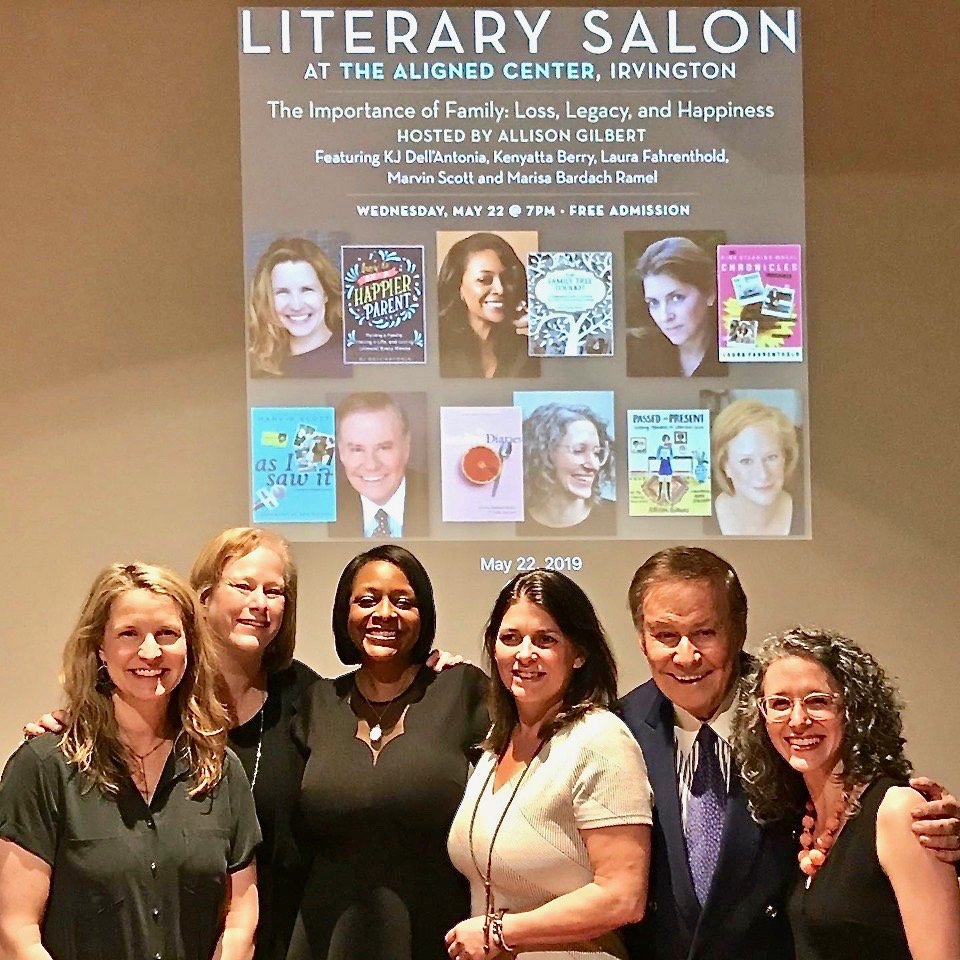 Allison: You have four children, all teenagers. But pregnancy wasn’t always easy for you. Not many readers know this, but you suffered two enormous losses — a miscarriage and a stillbirth. Do you feel you got enough support after those losses?
KJ: The timing for both was especially difficult. We had just moved, with a toddler, to a new town in New England. It was winter, which is exactly when everyone in New England retreats into their homes and there’s little opportunity to see one another except bundled up and anxious to get out of the wind, and I didn’t know anyone. So, especially with the stillbirth, the answer is no. I would also say I didn’t know how to ask [for support], and I’m sure people didn’t know what to say. I remember specifically telling my husband to tell people not to send flowers, because I didn’t want to look at them. And I felt terrible guilt because I had had listeria, and I could point to ways I felt I hadn’t been careful enough, and I felt responsible, so I really didn’t want to talk about it. And then the miscarriage came next. This was, shall we say, not a great time. I don’t think I was really able to think about it until years later, when our family was complete.

Allison: Did you keep any physical reminders of those pregnancies — sonogram photos, baby clothes — do they bring you solace?
KJ: I didn’t. I’m not a great keeper of mementos in any case. We were given a small quilt, at the hospital, that I kept in a drawer for many years but I don’t think it brought me any comfort — I mean, I always thought when I saw it that it was so nice, that people took the time to make these things to try to help, but mostly it was just a thing that didn’t spark joy and yet was very difficult to get rid of. I think it’s gone now but it’s quite possible it’s still here somewhere. I carry the memory of that loss all the time, pretty lightly, I think, but still, I carry it in my mind and body and heart. It’s there.

Allison: What do you know now about loss that you didn’t know when each occurred?
KJ: I know that I wish I had told people how I felt. Not just friends or family, either. In fact, sometimes family isn’t at all helpful because they just want you to be okay. I swear that some elderly member of my family said, after the stillbirth: “Well, were you sure you were really pregnant? Maybe it was all a mistake.” And I was like yes, I’m quite sure, thanks. I wish I had just gone ahead and dumped this out on people I didn’t know well, because I think most people have been there in some way and can at least be a listening presence, especially if you can tell them that’s what you want. At the time I thought I didn’t want to talk about it, and maybe I didn’t, but it probably would have helped.

Allison: Have these experiences changed the way you parent your children? Are you more grateful for little moments of happiness? Are you more aware of life’s fragility?
KJ: Well, telling my second oldest that she’s the “silver lining” from that stillbirth was certainly a showstopper (and probably not the way I should have gone with that conversation). It’s funny, how clear it becomes at some point that you would not have the life you love if it hadn’t been for tragedies you certainly didn’t wish for. It’s one of those things you can’t reconcile and just have to sit with. I think I’m more able to accept inconsistencies in our emotions about things, and I try to encourage my kids to be okay with messy feelings and not try to sort out every tangle, but I’m probably just annoying.

Allison: Loss is a great teacher. In what way have you derived greater joy and meaning from life following these experiences?
KJ: I want to tell myself that I learned that I can get through things, but I’m not sure I did. I don’t think those experiences are going to make future grief any easier to bear. Over time, from those losses and other experiences, I have learned to appreciate the pleasure of an ordinary day, I think. That’s probably the one thing I can really point to — that I know there will be those moments, when the phone rings or whatever, and everything is different after. I work hard not to dwell on those possibilities and really savor the dumb ordinary good stuff even when it doesn’t seem that great. A kid having a tantrum over not emptying the dishwasher is a pretty good problem to have, in the grand scheme of things. I’ll take it.