Bob Woodruff on How His Near-Death Experience Changed His Life

In 2006, while in Iraq covering the U.S transfer of power to Iraqi security forces for ABC News, Bob Woodruff suffered a life-threatening brain injury. His armored vehicle was hit by a roadside bomb. In that one moment, Bob’s life, and the lives of his wife and four children, were changed forever. He was transferred to Walter Reed National Military Medical Center and spent 36 days in a medically-induced coma. And while he recovered, relearning how to walk and overcoming significant gaps in his memory, Bob’s family grieved the husband and father they no longer had.

The experience inspired the Woodruffs to launch the Bob Woodruff Foundation, a non-profit that helps wounded veterans and their families access quality care long after they return home. (I first learned about the Foundation’s inspiring work through my Advisory Board role with TAPS.) Fast forward more than a decade, Woodruff and his oldest son Mack are still feeling the effects of Bob’s near-death experience. So determined to live life to the fullest, the pair decided to go on an international father/son adventure, documenting it all for Rogue Trip, their new show for National Geographic.

I am thrilled Bob and Mack agreed to chat with me about their experience filming the series, their relationship, and the lessons each has learned about resilience. 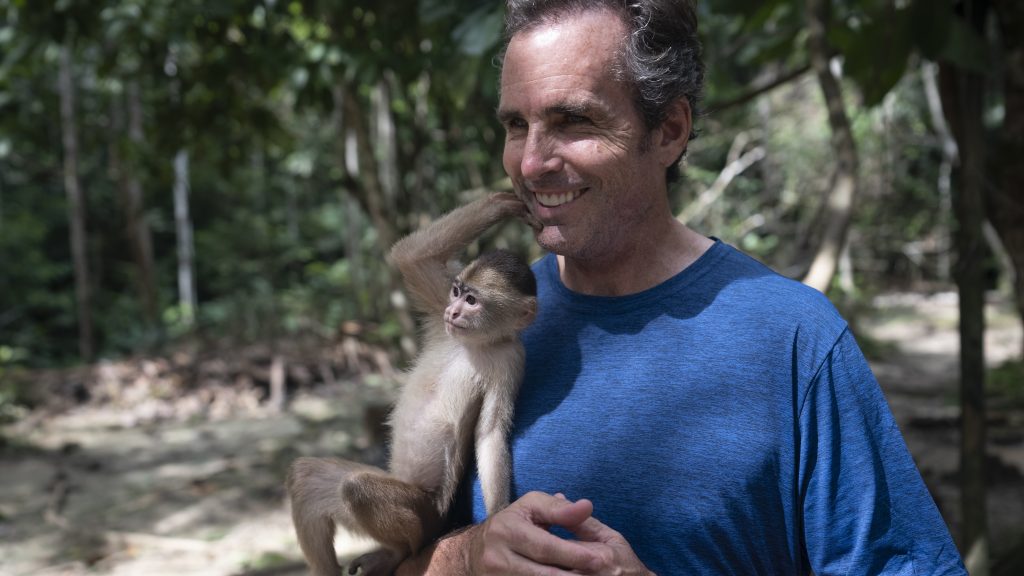 Bob at the Maikuchiga Monkey Sanctuary in the Amazon of Columbia. (Disney Enterprises/Mack Woodruff)

Allison Gilbert: Bob, is there a link between the bomb attack that nearly took your life and your interest in carving out this special time with Mack?

Bob Woodruff: I thought it would be great to revisit some of the countries where I had reported about wars and conflicts and get a look at the fascinating and beautiful spots that never became part of the news. When we thought about covering some countries in Asia, we realized that since Mack is a photographer and living in Australia, perhaps we should include him in that episode. That’s when we realized the series would be a perfect father/son adventure because I had spent so much time on the road when he was young. It was such a gift to be able to show him what I did all those years while at the same time learning new elements together.

Allison: Before shooting the series, when was the last time you and Mack lived in the same time zone?

Bob: Like so many families, Mack and I geographically split apart after he graduated high school. He headed off to college, then to jobs in California, Boston, and Sydney. It was remarkable to get this chance again to be together all day and all around the world.

Allison: Mack, how old were you when your father was injured, and what was your relationship like before the trip, and how did it change because of it?

Mack Woodruff: I was 14-years-old when my dad was injured, and he and I have always been very close. I’m his only son and I’m his oldest kid, so I think we’ve taught each other a lot over the years. But this series was the first time we’ve ever been colleagues and saw how one another works. That was a very eye-opening experience for both of us because I got to see how hard my dad works to create these stories I’ve grown up seeing him tell on TV, and he got to see his son in a work environment, too.

Allison: Mack, you were forced to confront mortality at a young age, I imagine, younger than most of your friends. How did that experience shape your world view?

Mack: I think my dad’s accident made me want to travel more and see as much as possible during my short stint on earth. It didn’t hit me like that immediately, it took some time to marinate and take hold of me. But once I started making my own money and could begin traveling myself, I never stopped. Life is way too short to live scared – and my dad has taught me that throughout his life, but also in near-death.

Allison: This series reveals locations around the world that you believe deserve a second look. What are the lessons you hope to pass along to viewers about second chances and resilience?

Mack: The main lesson is that nothing can be defined by one narrative. No matter what country you travel to, you will always be shocked by how different that place is from what you expected. If you don’t have a surprising experience, then you probably didn’t dig deep enough. People have concepts of what a country will be like, mostly through what they see on the news or read in a book, but nothing is that simple – mystery awaits even in the most well-explored places.

Bob: Covering wars is never fun. But we often find examples of resilience and recovery that give us so much hope. Sometimes I wonder why people who are living in dangerous places just don’t want to leave. I learned long ago, most people believe that despite the current tragedy they are in, they will recover. Because of that, they have the desire to live and remain where they are as long as they can until the crisis settles down. Mack and I (and our crew team of 10) heard constantly from locals that they have never had a strong desire to flee their countries. They all wanted desperately to remain in their backyards. Of course it is never easy to flee and there are always restrictions about movement. But strength and resilience is everywhere. 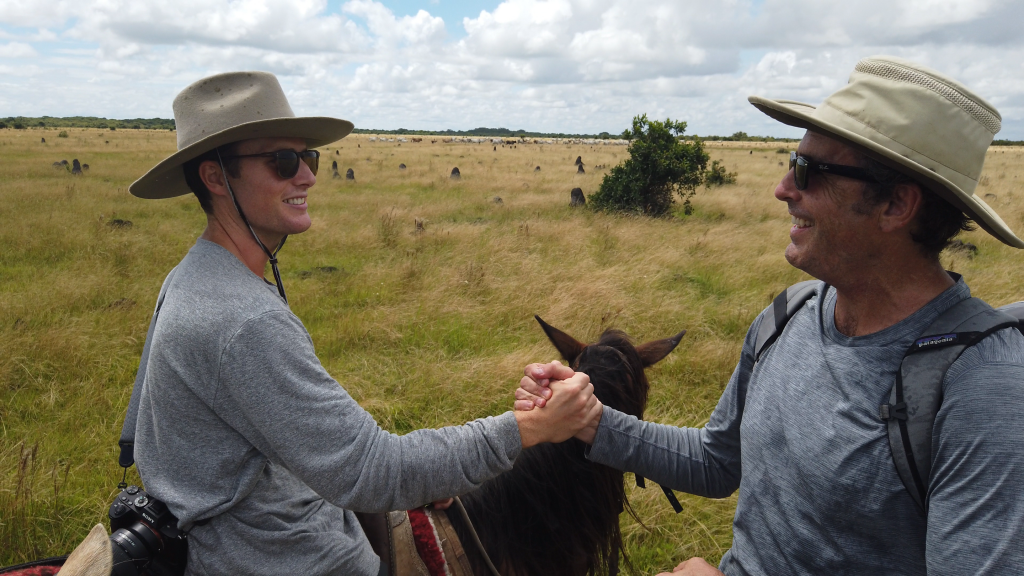 Allison: Loss is a great teacher. In what way have you derived greater joy and meaning from life because of the 2006 injury?

Mack: Time spent with my dad now is definitely more special because I don’t take it for granted. With Rogue Trip, we both got to do what we love and we got to do it together. And in a broader sense, spending time with family, experiencing the world, and finding my creative calling have all become the biggest priorities in my life. I don’t know how my dad’s accident truly affected these priorities, but I do think that it made me prioritize them at an earlier age than I would’ve otherwise.

Bob: It was a blessing to nearly die but then live. I do think about mortality differently than I did before. Of course I fear death like everyone, but I am much more comfortable than I was before the injury. I also enjoy spending time with individuals who are suffering more than I did before this injury. For those whose lives change in an instant because of a diagnosis, a car crash, or any other kind of disaster, there is a need to find others who have experienced the same. It is like building a new team. You realize your true friends are still at the center of your heart but there is a brand new wave washing in. My family and I started the Bob Woodruff Foundation, just after I began to recover, because we realized wounded veterans were not getting enough. We have become members of this new team and that gives us a mission. We have a new purpose.

Special note: Finding purpose is key to healing after loss and other adverse events. David Kessler’s book, Finding Meaning: The Sixth Stage of Grief is a fantastic resource.